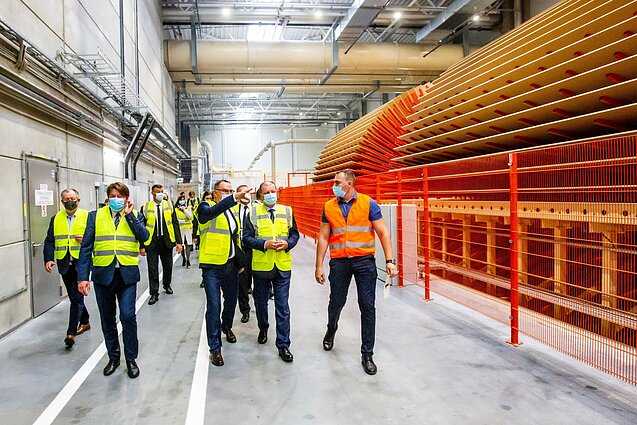 Vakarų Medienos Grupė (VMG), one of the biggest wood and furniture production plants in the Baltics, has opened a new production facility in Akmenė Free Economic Zone in northern Lithuania.

The plant attests to the good investment climate in the country, said Prime Minister Saulius Skvernelis during the opening ceremony, and an economic revival in the hard-pressed region.

“[It shows] the best investment environment not only for foreign investors, […] but also for Lithuanian capital investment,” the prime minister said during the ceremony on Friday.

VMG invested 146 million euros into a particleboard production facility and created 140 new jobs. This is particularly significant in a region that has been in relative economic decline, according to Skvernelis.

“Akmenė was considered to be a dead region several years ago, with no people, no jobs, and this plant is the first stage in which 140 jobs were directly created, while construction and servicing companies are still linked to the supply, transportation of food and exports of products, so the effect on the entire country is huge,” the prime minister said.

The new facility will have an annual capacity of 600,000 cubic meters and it will grow in the future.

VMG is also building a new furniture production facility near the first one and plans to invest around 60 million euros. It is scheduled to start operation in a year.